Codecov, a company that tests software code prior to release, has notified customers that attackers had access to its network for a month and placed malware in one of its systems, which may have led to the exfiltration of customers' information.

"While our investigation is ongoing, based on our findings to date, we have not seen any indication that customer data processed by monday.com was affected by this incident or accessed by the attacker," Monday.com said in a statement.

The company acknowledged, however, that the attackers accessed a file containing a list of certain URLs pointing to publicly broadcast customer forms/views hosted on monday.com, and it has notified affected customers about how to regenerate these URLs.

Monday.com said it hasn't found any evidence of unauthorized modifications to its source code or any impact on its products as a result of the intrusion.

But Gribben told Information Security Media Group that the attackers could analyze that code for further vulnerabilities. And now that the code is likely out in the wild, it will likely end up being sold on the dark web, he said, adding, “Source code has a habit of holding all sorts of secrets that you wouldn't want in the public domain."

Upon learning of the issue, Monday.com took immediate mitigation steps, including revoking Codecov access, discontinuing use of Codecov’s service, rotating keys for all of Monday.com’s production and development environments and retaining cybersecurity forensic experts to assist with its investigation.

The company states that Codecov provided specific information and indicators that enabled it to deepen its investigation.

"Monday.com now really needs to be on the ball when it comes to monitoring its own systems and infrastructure for any signs of attempted attacks off the back of this disclosure and hopefully carrying out post-compromise best practice like rotation of any integration keys with other third-party systems," Gribben notes.

A Risk Assessment for Ransomware Prevention in OT Environments

Focusing on Risk Mitigation in 2022 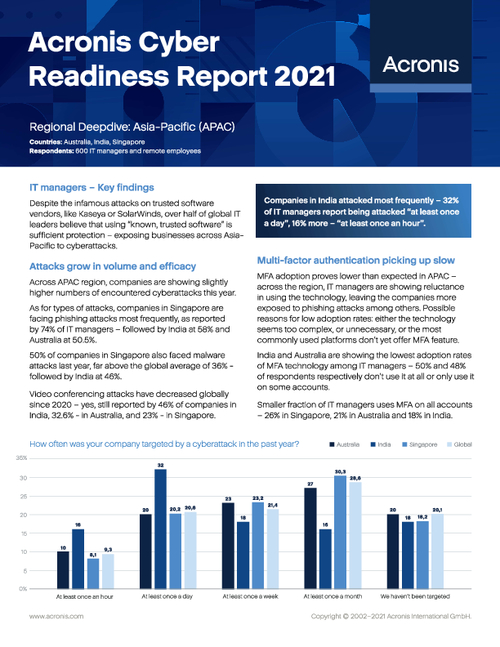